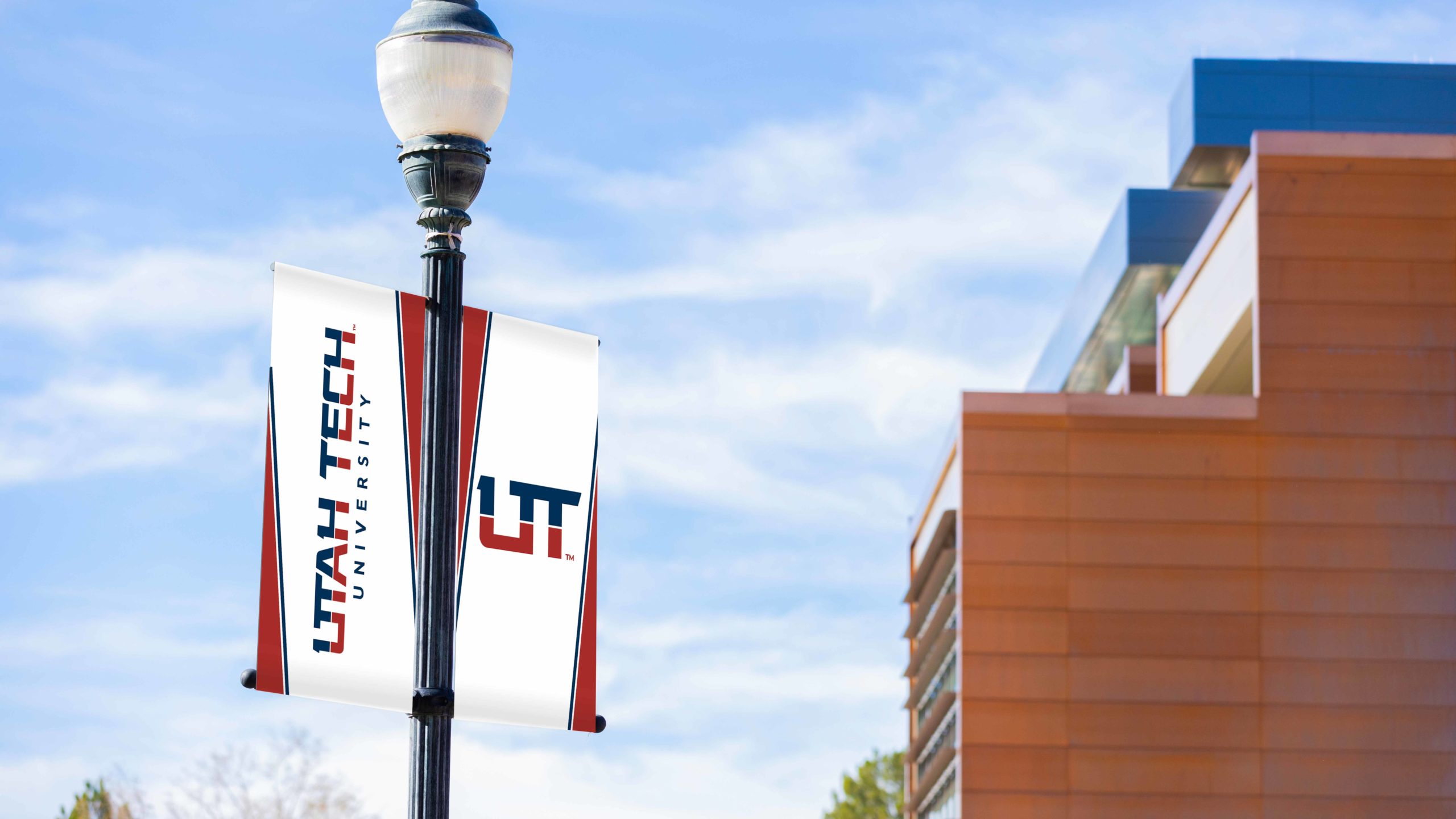 To prepare for its transition to its new Utah Tech University name on July 1, Dixie State University shared its new logos with the community today.

The university revealed its two-tone institutional Utah Tech University logo in its Spring 2022 issue of DSU Magazine and a video posted to the institution’s social media accounts. While the Trailblazer nickname and bison mascot will remain, the athletic visual identity has been updated to be cohesive with the new institutional brand.

“We are proud to be transitioning to the Utah Tech University name that highlights the impactful active learning experiences and career preparation each and every student gets in all of our 200-plus academic programs,” DSU President Richard B. Williams said. “The Utah Tech brand builds upon the legacy this institution has established over the last 111 years and will serve our students and university well for generations to come.”

Complementing the university’s polytechnic focus, the logo’s modern design captures the institution’s future-focused mission. Additionally, the logo features both the shape and the acronym of the state of Utah, and the colors pay homage to the red rocks and blue skies of Southern Utah while also representing the cooler weather of Northern Utah and the warmer climate down south.

Changing the university’s name and developing the Utah Tech brand was a comprehensive process that is spanning the course of two years. Starting in July 2020, the university began gathering information regarding the Dixie State University name and later partnered with Cicero Group to conduct an impact study that extended over three months and involved more than 3,700 participants. Based on the information gathered from the study, DSU’s Cabinet, University Council, Student Executive Council, Staff Association Board, Faculty Senate and Board of Trustees as well as the Utah Board of Higher Education and Utah State Legislature supported a name recommendation process.

The university then formed the Name Recommendation Committee, which commissioned Love Communications to conduct a name survey that was completed by 14,449 responses. The top three name theme recommendations gleaned from the survey were then tested with hundreds of community members in focus groups. The committee, Board of Trustees and Utah Board of Higher Education then recommended Utah Tech University to the Utah State Legislature, who ultimately approved HB2001 in November of 2021. Shortly thereafter, Gov. Spencer Cox signed it into law.
“This process was one of the most visible, notable and comprehensive rebrands the state has ever experienced,” said Julie Beck, chair of the Name Recommendation Committee. “It included three major studies, tens of thousands of completed surveys, approximately 1,000 focus group participants, and nearly two years of data collection and preparation.”

In determining a new name and logo, hundreds of factors were considered, including trademark matters, best practices and name, acronym and domain availability. All of this was rooted in legislation, which required that the name reflect the institution’s mission and significance to the surrounding region and state as well as enable the institution to compete and be recognized nationally.

“This new brand is a culmination of more than 100 years of relentless trailblazing from thousands of innovators who have come before us,” Dr. Jordon Sharp, DSU’s vice president of marketing & communication, said. “This is yet another example of our community’s willingness to sacrifice, pivot and forge a new and stronger path when necessary.”