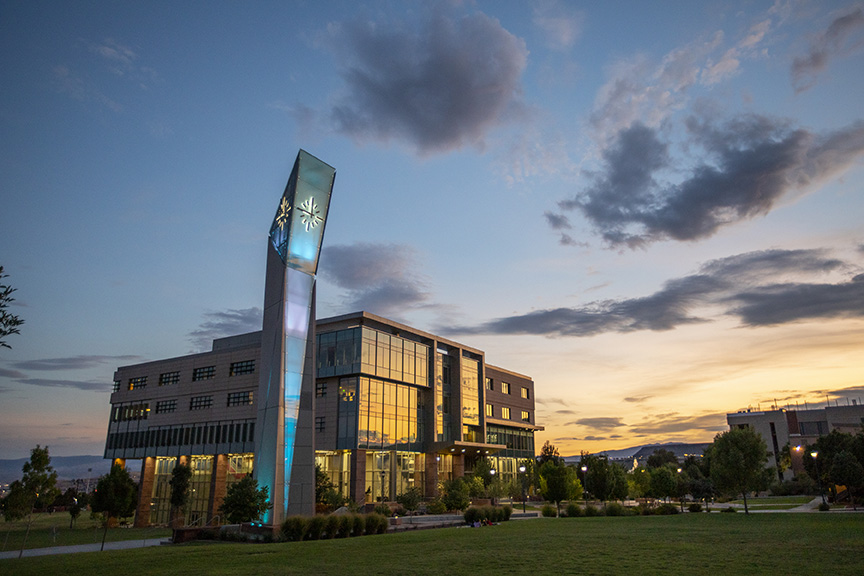 Love, the communication firm the University is partnering with for the recommendation process, asked focus group participants a series of open-ended questions. Prompts were based on the results of a community survey that was completed by 14,449 individuals and helped the committee narrow the search to six themes: academic mission, Deseret, Dixie, geological/geographical, St. George and Utah. The focus groups were conducted to provide the committee with information that will be helpful in narrowing down the six themes.

According to the report, focus group participants liked a name based on the academic mission because it would formalize the university’s new polytechnic direction. However, they were concerned that terms such as tech or polytechnic aren’t fully understood by the state’s population as there currently isn’t a technological university in Utah. Participants suggested that an institutional name including Deseret could retain the DSU acronym but may be problematic because of the religious connotations the word carries and lack of familiarity outside of Utah. For the Dixie theme, participants supported it for honoring the community’s heritage but raised concerns about its location confusion and meaning outside of Utah.

Comments that emerged about the geological/geographical theme included support for its uniqueness and lack of negative connotations and concerns about its lack of academic prestige. Regarding the St. George theme, focus group participants indicated support for it highlighting the city’s heritage but also expressed concern that St. George has limited recognition outside of Utah. As for including Utah in the institution’s name, participants liked the strong location identifier it provides, but struggled to find the right usage that would set the university apart from other state institutions but not localize it too much. The full report provides additional insights and recommendations and is available at utahtech.edu/nameprocess.

“Participating in this extensive process has offered me a glimpse into the phenomenal support and love the Southern Utah community has for Dixie State University,” Aaron Evans, Love Communications vice president, group account director, said. “Focus group participants shared insightful feedback that will greatly benefit the Name Recommendation Committee as they proceed with the recommendation process.”

The focus groups are another example of how the Name Recommendation Committee is collaborating with residents of southwestern Utah, institutional partners and university faculty, staff, students and alumni, in line with the instructions provided by the Utah State Legislature in House Bill 278, Name Change Process for Dixie State University.

In July 2020, the university announced it would gather information on the impacts of the Dixie name. Based on the initial information gathered, Dixie State determined it was necessary to formally study the name’s impacts. DSU then commissioned Cicero Group in August 2020 to conduct in-depth research, including more than 100 interviews and focus groups and a survey of more than 3,000 participants.

Dixie State’s Cabinet received Cicero’s findings, reviewed them and shared the results with the university’s Board of Trustees, Utah System of Higher Education leaders, the Utah Board of Higher Education, the DSU Student Association Executive Council, Faculty Senate, Staff Association Board, Alumni Board, University Council and local and state legislators. After receiving near unanimous support from these groups in December 2020, the Board of Trustees voted in favor of recommending an institutional name change to the Utah Board of Higher Education. This board voted in favor of taking the recommendation to the Utah State Legislature. During the 2021 General Session, legislators passed House Bill 278, Name Change Process for Dixie State University, continuing the name recommendation process that is currently underway. Since July 2020, nearly 20,000 individuals have participated in the name recommendation process.

The Name Recommendation Committee anticipates selecting a final theme in the coming weeks. To do so, the committee will review information from the perception study Lighthouse Research & Development conducted about Dixie State in the summer of 2019; Trailblazing Distinction, the strategic plan that is guiding the University’s growth from 2020 to 2025; the Dixie Name Impact Study that Cicero Group conducted during the Fall 2020 semester; the Name Exploration Survey that Love Communications administered to 14,449 community members during the Spring 2021 semester; Love Communications’ Focus Group findings; and other information.

Once final name themes are selected, the committee will research specific name options within that theme to consider strengths and weaknesses in areas such as trademark, uniqueness, compatibility to the institution’s history and academic focus, abbreviations and connotations. In line with the Utah State Legislature’s charge, the final name recommendation will reflect the institution’s mission and significance to the surrounding region and state and enable the institution to compete and be recognized nationally.

The committee is working toward having a final name recommendation ready to take to the University’s Board of Trustees for a vote this month.