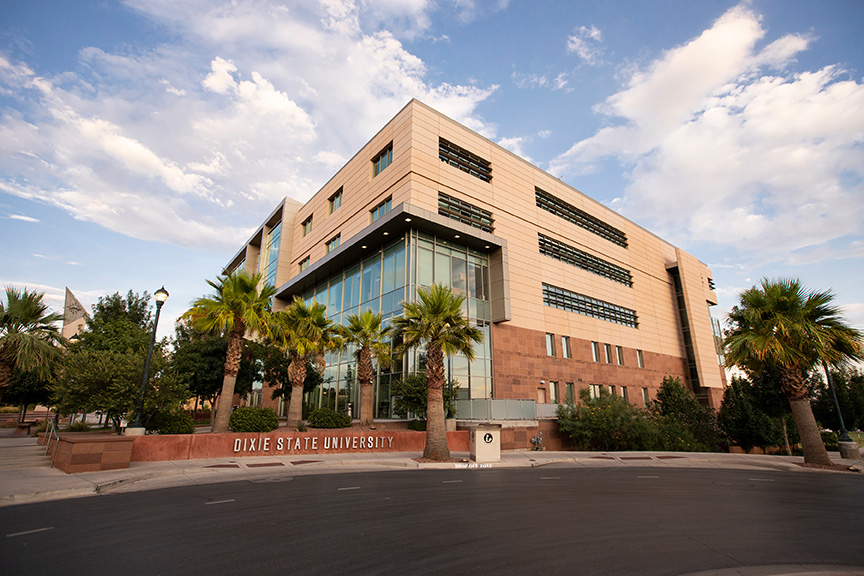 The Dixie State University Board of Trustees voted Monday to recommend an institutional name change to the Utah Board of Higher Education.

“Our responsibility is to ensure our students gain the ‘active learning. active life.’ experience that is paramount to a Dixie State University education and prepares them for continued success. To foster this, it is crucial that our institution’s name reflects the quality education DSU offers,” Tiffany Wilson, DSU Trustee and alumna, said. “As an open-enrollment public university, we are committed to helping our students thrive and creating an institutional name that thrives alongside them.”

Based on the results of a comprehensive impact study, the Trustees’ decision to move forward with a name change was supported by DSU’s Cabinet, University Council, Student Executive Council, Staff Association Board and Faculty Senate. This summer, the university commissioned Cicero Group to study the positive and negative impacts of continuing to include Dixie in the university’s name. More than 3,000 stakeholders from St. George, the entire state of Utah and DSU’s recruiting areas participated in focus groups, in-depth interviews and surveys.

Among other findings, the impact study shows that 22% of recent graduates looking for jobs outside of Utah have had a prospective employer express concern that the word “Dixie” is on their résumé.

“Preparing students for the careers of their dreams is at the very core of the university’s mission, so it’s crucial that a DSU education gives graduates a competitive advantage rather than present an obstacle they must overcome,” University President Richard B. Williams said.

The study also indicates the institution’s continued growth — DSU has added 111 academic programs and increased the student body by 41 percent in the last five years — may be impeded, as 42% of respondents from the university’s recruiting region and 27% of alumni indicated that the Dixie name has a negative impact on their willingness to attend DSU or encourage a student to do so. Additionally, almost half of current faculty and staff think keeping the name Dixie will have a negative impact on recruiting new faculty and staff.

St. George, Utah, where Dixie State University is located, has gone by the nickname of Utah’s Dixie since 1857, when 38 families moved to the southwest corner of the state to establish a town and grow cotton. The regional name is used to honor the area’s pioneering heritage of grit, service and sacrifice. The study brings to light the confusion the name has outside of Utah, as 45% of faculty and staff indicate that when they meet others in the academic field, they assume DSU is in the South. Additionally, 33% of Southern Utah residents, 41% of Utahns, and 64% of respondents from DSU’s recruiting region indicate that Dixie means the South/Confederacy to them.

Looking forward, study respondents indicate academic reputation, making the university a welcoming/inclusive place for all, enabling students to obtain jobs after graduation and growing its reputation as a STEM-focused polytechnic institution are the most important factors to the future success of the university. Through an extensive five-year strategic plan, DSU has been formulating its academic direction to become the nation’s first and only open, inclusive, comprehensive, polytechnic university.

“As DSU begins implementing our new strategic plan, it is important the university’s name is befitting of a polytechnic-focused institution and will help us recruit, maintain and graduate the best and brightest students,” Williams said.

Now that the Board of Trustees has made a recommendation, the Utah Board of Higher Education will need to determine if it wants to propose a name change to the Utah State Legislature. The Legislature has the final vote on a name change decision, as the university’s name is in state statute. A replacement name has not been chosen, but if the Legislature votes to change the name, a process would be started.